Floating Cities was created by Armorbeast 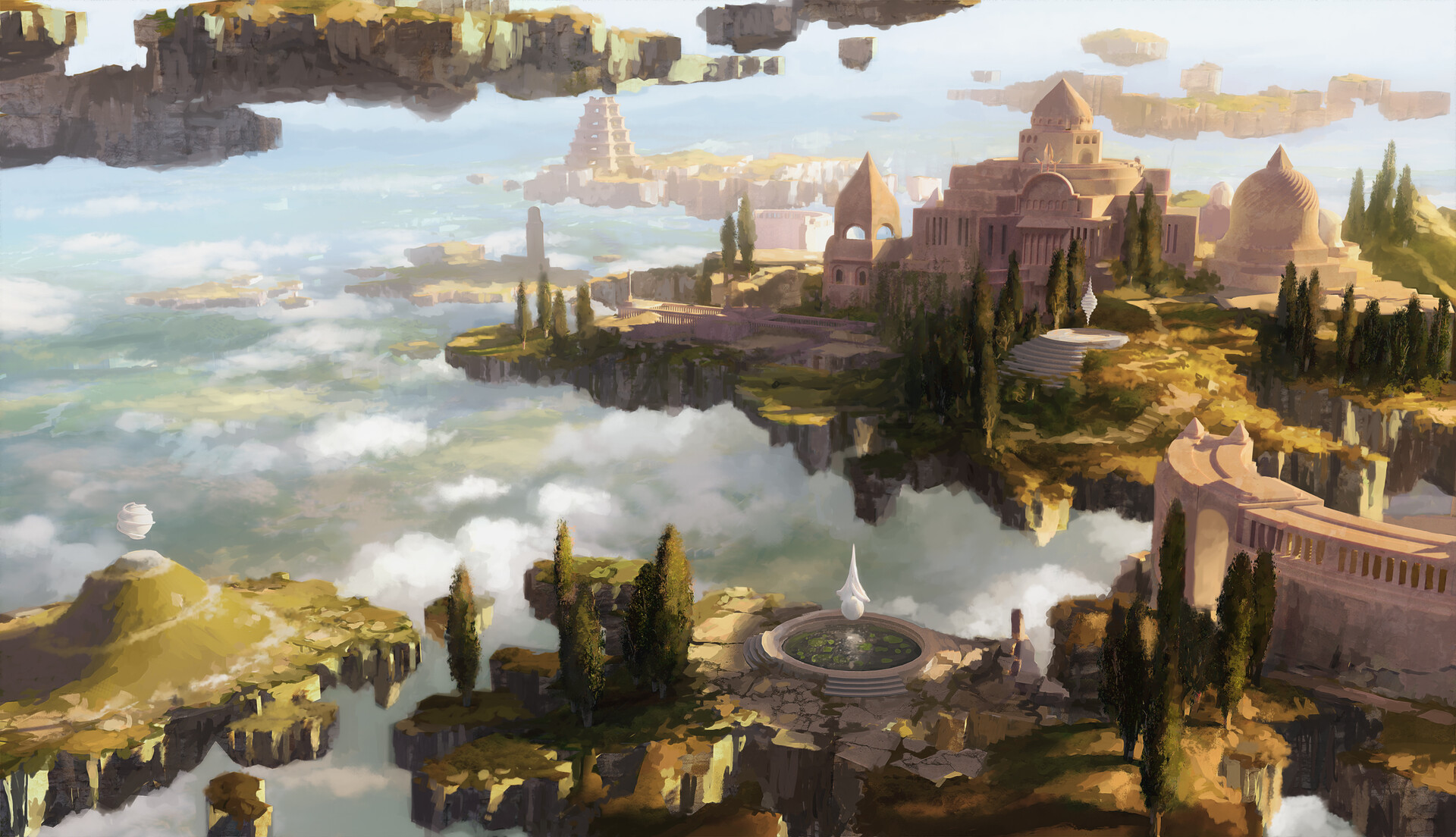 Within Wyvernia, the continents float above an almost endless sea. But, there are many smaller landmasses upon which the peoples of Wyvernia build. These are essentially boulders and they float both above the endless seas and above the continents themselves. Even smaller stones are used in ships for travel and even in small boats as they still need something such as a sail to provide propulsion. Such stones can prove dangerous if allowed to float on their own with no one, or no thing, to control them and try to hold them in place.

Some of these landmasses will collide at some point and build into larger landmasses. Likewise, they can suddenly begin to break apart causing quakes that are addressed by special workers who use special rods to literally pull things back together acting like rebar in concrete. Some of these rise from the endless sea below as they become broken up and sometimes they sink if too much is removed from them for human industrial purposes. It is for this reason that long-lost artifacts that sank beneath the seas might one day resurface.

It is common for garbage to be tossed into the endless sea below and even for people to disappear into its waters. People wear objects made from this special stone and even swallow them to prevent becoming lost because hitting the waters often means certain death. Sometimes this still happens but the bodies will not sink and if they sink slowly enough, they might enter the water unharmed. Either way, there are professional scavengers who rescue these people or recover their bodies if predators have not gotten to them first.

While they cannot fly, some wear special devices allowing them to leap and glide between the landmasses because of this stone. While there are no continents rising from beneath the waters, there are islands that rise and fall. There are also artificial cities that permanently float upon the endless sea that belong to fishing, scavenging, and mining communities. Some of these people have evolved amphibious attributes and because steam-power functions on this world, they sometimes employ it to allow them to exist beneath the surface of the seas.
2 weeks 6 hours ago #1100